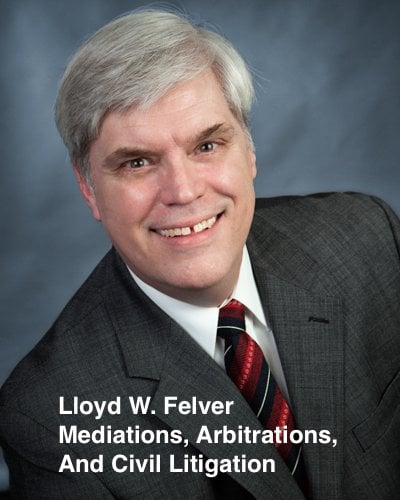 A lot of really good mediators I know happen not to be attorneys. Many of these non-attorneys volunteer their time, as do several attorney mediators like myself, doing mediations for Small Claims, Civil Harassment, Limited and Unlimited Jurisdiction Court matters, in addition to community mediations. These mediations are facilitated through one of two Dispute Resolution Programs Act (DRPA) funded agencies in Orange County: Community Services Programs, Inc. and OC Human Relations. Unlike the separate Orange County Superior Court General Civil Mediation Program matters, in which the panel members must be attorneys, the pool of mediators managed by the DRPA-funded agencies consists of both attorneys and non-attorneys. Most of the time the disputants in those matters are not represented by attorneys, and some of the non-attorney mediators are not used to dealing with attorneys.

Some time ago, I was assigned to co-mediate a Limited Jurisdiction matter with a non-attorney mediator. In her many years of service, she had actually mediated more disputes than most professional mediators, but since this was a Limited Jurisdiction case, with attorneys involved, she expressed some concern about the attorneys. I reassured her, telling her not to worry because “I speak attorney.” At the time, I meant that as an attorney, I understood how attorneys think, their reason for taking a particular position, issues they might raise, and their terminology. Later, I began to wonder why such an experienced mediator, and many others like her, might feel that the presence of attorneys might make mediation more difficult. The points that follow may seem elementary, but they are worth the reminder even to those of us who, like myself, have been practicing for more than thirty years.

It is true that mediations in which attorneys participate may be more complicated than those in which the parties are not represented. When attorneys are involved, there is an extra layer of communication and decision-making involved in the process. In a two-party case, this can lead to as many as three mediations in one. There is the mediation of course between the two sides of the dispute. However, if there is a difference in perspective between an attorney and that of the client, there may be a mediation between the plaintiff and his own counsel, or, on the defense side, between the defendant, his insurance carrier, and the defense counsel. In those instances, the mediator must try to bridge those gaps in order to create an environment in which the main dispute between the two sides can be resolved. This may take the form of the mediator’s helping counsel to explain to the client or insurance carrier the risks and benefits of proceeding to trial as well as the potential expenses involved.

Adding an attorney to the situation should—and most often does—add a layer of reasoned thinking and a source of information for the represented party so he can make a well-informed, educated decision which is less likely to lead to post-agreement regret and remorse. Sometimes though, the addition of an attorney can make the mediation more emotionally charged. Whether a disputant is represented by counsel or not, he often comes to the litigation through at least a partially emotional response. The plaintiff feels wronged and thus files a lawsuit or claim. The defendant, upon being served with the claim, often feels like she or he has been hit in the stomach, and does whatever possible to fight back. The mediator must try to get each side to move from those natural human guttural responses to a more reasoned evaluation of the situation; in essence moving the decision-making from the stomach to the head. This is not always an easy task, as sometimes the two to three feet from stomach to head might as well be the distance from here to the moon.

Adding an attorney, however, does not always bring additional rationality to the process. An attorney may feel the need to take an uncompromising posture in order to not appear weak to his client or to avoid the perception that the attorney does not believe in the client’s case. Alternatively, an attorney may have made a legal analysis of the case based upon the facts that he had at the time, and may not be willing to alter that position even in the face of different information.   Further, if trial is immediately impending, the attorney, as well as his client, may already be “primed” for the fight, which can make it more difficult to be conciliatory. Attorney behavior is also motivated by personal emotional investments. Just as with the non-represented party, the mediator must recognize these emotional attachments and attempt to help the attorney use a less biased reasoning process.

It is important for all those involved—the parties, the attorneys, and the mediator— to remember that the most important agreement to a successful mediation is in fact the agreement to mediate in the first place. That means an agreement to keep an open mind to the possibility of a negotiated resolution with a willingness to provide some give and take, no matter how small. Such agreement may not always come prior to the mediation, as in court-referred cases, but it must come at some point during the mediation process. Where the parties or their counsel are unwilling to conceive of the possibility of such an agreement, it would be better to advise the court of this fact before the court refers the matter to mediation as the case would not be suitable for that process. If a strict application of the law to the facts of the case is what is needed to reach a resolution that the parties can live with, then the matter would be more suited for trial or arbitration, rather than to mediation where the mediator does not make a decision.

Also, staunch positions by attorneys, whether for posturing or based on legal analysis, may in the long run be a disservice to the client. Attorneys who appear to be taking an uncompromising position solely for the benefit of their client, telling the mediator one thing when their client is present but something more conciliatory when he is not, can inhibit the mediation process—especially since it is the client who will ultimately make the decisions of whether to settle and for what amount. If the client is not aware of the alternative position the attorney is presenting to the mediator, the client may be confused and less likely to agree to a settlement. It is also difficult to know what, if anything, to communicate to the other side regarding the willingness of the party to settle. Even a consistently unyielding position may not be in the best interests of the client to the extent that such position ignores information that might induce a compromise, where reaching a compromise would be a better result than might be achieved otherwise.

One way for attorneys to help the mediation process is to recognize and educate their clients to the fact that the mediator does not decide the result of the dispute. Rather, those decisions are made by the parties, with the assistance of their counsel if they are represented. California  Evidence Code § 1115(a) (West 2012) and California Rules of Court 3.800(2) both define mediation as “a process in which a neutral person or persons facilitate communication between the disputants to assist them in reaching a mutually acceptable agreement.” As a result, it is not necessary, and in some ways is counterproductive, to try to convince the mediator of one’s position. Rather, it is more important to provide the mediator with information about the party’s position that the mediator can then use as a tool to help the other side see the benefits of settlement. This can be done in a concise brief of the factual and legal issues as well as the amount of damages claimed, accepted, or rejected prior to the mediation, or by giving such information to the mediator during the hearing itself. The most successful mediations occur when the parties and their counsel have a general plan as to what their “bottom line” is and how to achieve it, while also realizing that the mediation process is a fluid decision-making process that may require some flexibility with that bottom line.

As for mediators, regardless of whether they “speak attorney,” it is important for them to prioritize listening in order to resolve each dispute. It is paramount for a mediator to listen to each participant, whether it is the attorney or the disputant, and, in doing so, hear what is most important to each participant and why it is important. Only by listening can the mediator determine which barriers, whether legal, factual, or emotional, need to be overcome to help the participants reach a settlement. By overcoming those barriers, the parties and their attorneys can achieve a resolution that is acceptable to them as well as a sense of self-determination that is not always possible in trial or arbitration, when someone else decides their fate.

In the final analysis, a successful resolution through mediation requires a joint effort by the mediator, attorneys, and parties to understand the process, including its benefits and limitations. Attorneys can help their clients with this task by educating them about the process, by being prepared with a flexible plan, and by providing the mediator with information to allow him or her to help the other side see a different point of view. In my experience, attorneys don’t usually get in the way of this process like some mediators may fear. But sometimes it does help if a mediator can “speak attorney.”

Lloyd W. Felver has practiced law since 1980 and was the 2011 Chair of the OCBA Alternative Dispute Resolution Section. He conducts arbitrations and mediations both privately and through the courts, and also performs mediations through Community Services Programs, Inc. He conducts arbitrations for the Better Business Bureau and arbitrations regarding attorney’s fees for the Orange County and State Bar Associations. Mr. Felver can be reached at lfelverlaw@earthlink.net.

Please review our "Disclosure" page prior to scheduling a hearing.

LEGAL DISCLAIMER: The information at this web site is for advertising and general information purposes only. This information is not intended to be legal advice for you to rely on, and should not be construed to be the formation of a lawyer/client relationship.  Please contact us if you have specific questions.